You are here: Home1 / airport concierge 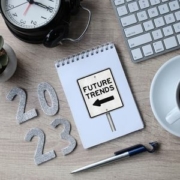 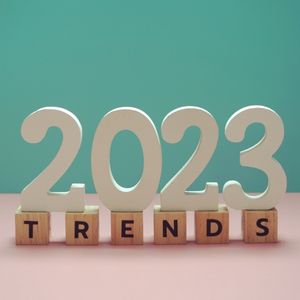 There are opportunities for supply chain professionals to thrive during this time of evolution, optimism, and innovation, and the emphasis will shift to greater decision-making and progress towards sustainability.

What key trends and forces will shape supply chains in 2023?

The supply chain will be infused with sustainability next year, from energy sourcing to production, storage, delivery, and disposal of materials.

As a supply chain executive, it’s important to take advantage of the opportunity to develop a relationship with the C-suite. This requires translating their work into the language of the chief financial officer (CFO)

3- Resilience is a critical factor in achieving a tangible ROI

Businesses can take proactive steps to strengthen their supply chains and make them more resilient. With disruption and volatility set to continue into 2023, One way of doing this is to focus on diversifying their supply chain.

4- Supply chain changes will occur faster than ever.

Modern digital technologies are revolutionizing the way supply chain processes are being managed. By creating seamless, end-to-end supply chain planning, businesses can break down silos between departments and ensure they stay ahead of the curve in a rapidly changing world. 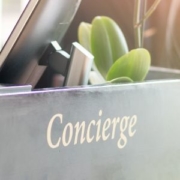 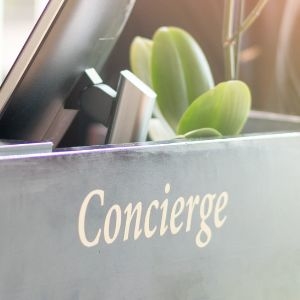 Why is it that we are able to help you? And what else is it that we bring to the table? Here are seven benefits to our Airport Concierge Service at Dublin Airport.

ACA staff are fully trained in airport logistics, dealing directly with airlines, liaising with transport providers, and have a proactive approach to finding solutions to any issues that arise, at ACA we don’t have problems, everything can be resolved!

From the second you arrive or depart at the Dublin airport we will do the thinking for you. As previously stated, our knowledge of the airport and the way it works means that you can leave all the worrying at the terminal doors.

We know the airport like the back of our hands and therefore we are fully prepared when speed is of the utmost importance.

4 – Our clients are diverse

ACA customer base is extremely diverse and that is how we like it. We are proud to offer our Airport Concierge to anyone and everyone.

It is important to us to go above and beyond what is required of us. We understand how stressful it can be for a child to be sent off on their own to the airport, so we strive to make them (and their parents) feel as comfortable and fortunate as possible.

So, if you are planning to depart or arrive at Dublin Airport, Aca International Ltd  may be able to help you! Visit our website and follow our Facebook and Linkedin Pages 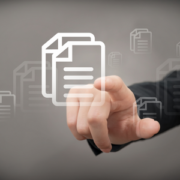 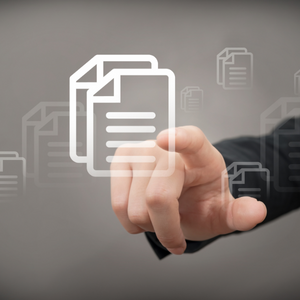 Customs clearance generally requires a lot of documents to be verified and submitted, either electronically or physically with the consignment.

Documents to be submitted to customs depend on the type of goods being shipped. The rules regarding customs vary depending on the country of origin and the country of destination.

Let’s look at the second part of documents that are common to all countries:

Bill of lading is a document from the carrier to the shipper/exporter/supplier. It is evidence of the contract for movement of goods described by the carrier.

It is a declaration from the supplier or exporter to the customs department where the receiver is unsure of the type of goods being shipped. The bill of sight document permits the receiver of goods to inspect them before making duty payments. With the bill of sight, the exporter also needs to submit a letter that allows clearance of goods by customs.

The letter of credit is issued by the importer’s bank informing that the importer or the consignee will honour the payment to the exporter /consignor/shipper of the sum specified to complete the transaction.

Bill of exchange is similar to a promissory note that can be drawn by banks or individuals. It is a substitute payment option where the importer is to clear payments for goods received from the exporter either on-demand or at a fixed or determinable future.

A business can get an export license from the licensing authority and permit is issued by the Chief Controller of Exports and Imports.

If you are planning to trade goods to or from Ireland, Aca International Ltd  may be able to help you! Visit our website and follow our Facebook and Linkedin Pages 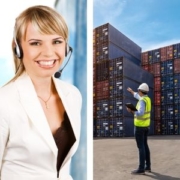 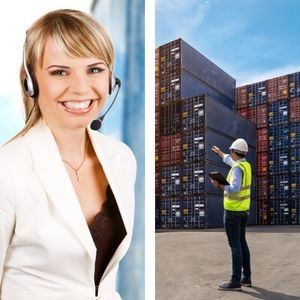 What is the difference between specialist customs clearance and freight forwarding?

What is the difference between specialist customs clearance and freight forwarding?

Many exporters, particularly newcomers, believe that freight forwarders and customs brokers are interchangeable terms. This is false.

Freight forwarders are supply chain experts who specialize in the logistics and physical transportation of cargo. They communicate with any entity involved in the exporting process that handles or is aware of a shipment traveling by truck, boat, plane, or a combination of these modes of transportation. Freight forwarders are responsible for assembling and completing a wide range of documentation and compliance filings.

A freight forwarder manages the supply chain, it is a third-party entity that arranges a trip and then facilitates the whole journey, including paperwork and documentation, for a fee

A customs broker is someone who assists importers and exporters in meeting government import and export regulations.

Brokers submit required info and payments to governmental bodies on behalf of its customers and claim a fee for the services in entry procedures, admissibility requirements, classification, valuation, and the rates of duty and applicable taxes and fees for imported products.

A customs broker is a term that refers to the person who acts as an intermediary between the importer and the government’s customs department in the country of import. 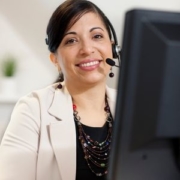 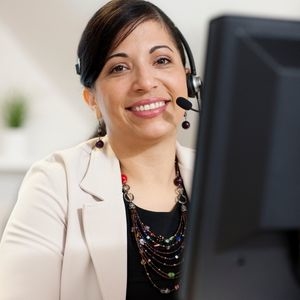 ACA International is an excellent option for customs clearance in Ireland. Our highly specialised specialists assist customers all over Ireland.

We provide simple customs clearance solutions to our clients. Our cu

ACA International is an excellent option for customs clearance in Ireland. Our highly specialised specialists assist customers all over Ireland.

stoms clearance agent services represent you, the importer, and manage the entire customs declarations process for you.

Furthermore, to our customs declaration services, we can also help you calculate customs duties and value-added tax VAT. 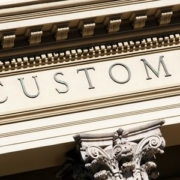 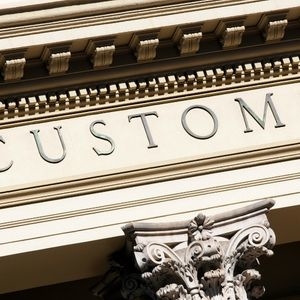 Customs clearance is the process of documenting the comings and goings of goods as they enter or leave a country. Customs clearance entails calculating the value-added tax (VAT) and duties that may be due on those goods, as well as following the correct procedure to ensure that the goods enter or exit the country legitimately.

If you do not adequately prepare your Customs Clearance Paperwork, Customs may refuse to allow your goods to enter or leave the jurisdiction. You can hire a customs agent or freight forwarder to manage the Customs Clearance procedure to help ensure your goods are allowed exit or entry.

New official figures suggest that exports from NI to the Republic of Ireland were worth almost €5bn (£4.2bn) in the first 10 months of 2021.

The figures are published by the NI Statistics and Research Agency (Nisra) and are based on HMRC data.

HMRC already produces quarterly data for NI and other regions but the new figures are not directly comparable.

The new figures only cover international trade, not transactions with other parts of the UK.

Different Nisra data shows the rest of the UK is Northern Ireland’s biggest external market with sales there of just under €11bn in 2020.

The figures suggest pharmaceuticals are the most valuable trade category with Ireland; exports were worth €735m in the 10-month period with imports of €346m.

The trade impacts of Brexit and the Northern Ireland Protocol are still emerging and have political as well as economic implications.

Since the Northern Ireland Protocol began operating in January 2020 it has become more difficult for businesses in either part of Ireland to import goods from Great Britain.

Northern Ireland has remained in the EU’s single market for goods, which means that products arriving from Great Britain are subject to new checks and controls.

There is so far no official data to quantify the impact of that change.

The Taoiseach told a Fianna Fáil party meeting last week that he had a positive engagement with British Prime Minister Boris Johnson.

Micheál Martin said the focus is on the resolution of the outstanding issues around the Northern Ireland Protocol.

Ensuring Northern Ireland has access to the single market with minimal checks is important, he said.

The Taoiseach said there was a genuine willingness on the EU side to resolve this through negotiation.

“During our call, I told him it remained my view that every effort should be made to secure a successful outcome to the current EU/UK negotiations.”

Since leaving the EU last year, Britain has delayed the introduction of some checks that were designed to avoid the need for a hard border on the island of Ireland.

A spokesperson for Boris Johnson said the British Prime Minister “raised his ongoing concern about the substantial distance between the UK and EU positions” on issues with the protocol when he spoke to Micheál Martin today.

However, the Minister for Foreign Affairs, Simon Coveney, said he believes there is a “window of opportunity” for Britain and the European Union to reach agreement on Northern Ireland trade rules.

“I believe … there is an opportunity before us now to seize momentum towards agreeing a constructive way forward through compromise and partnership,” Mr Coveney told the Seanad Brexit committee.

“I believe the remaining issues can be resolved,” he said. “However, to do so we need to get a much more positive, a much more stable and much more trusting EU-UK relationship.

“We have some way to go to get there.”

Mr Coveney told the committee that Northern Ireland was better off with the protocol.

“Northern Ireland has this unique opportunity to access a very large UK single market, but also a much larger EU single market.

“There is potentially a pull factor into Northern Ireland in terms of foreign direct investment – if the protocol was stable and predictable you could access both markets from Northern Ireland.”

Asked to give an update on the current negotiations, Mr Coveney said there had been a “change in tone” from the UK two weeks ago.

He added: “This certainly suggested to the EU that negotiation was worth investing in, because before that really the negotiations were going nowhere.

“I am more hopeful than I have been.”

He added: “There’s still quite a big gap between the two sides, but at least the negotiations are focused on trying to find landing ground.”